History of the Port

The Northland Harbour Board first proposed a container port facility at Marsden Point in the late  1960’s. A futuristic drawing was published but it was not until 1976 that the proposal was moved ahead when the first of several environmental reports was written.

As part of that first report, a hydraulic model was constructed and tidal flow data was fed into it to give a  realistic model of the effects on the harbour at the site of the proposed port. During the 1980’s the plan faltered and it was not until Marsden Maritime Holdings (formerly known as the Northland Port Corporation) was formed in 1988 that it once again gained momentum.

Marsden Maritime Holdings entered into a joint venture with Port of Tauranga Ltd in 2000 to form Northport Ltd. Northport began trading in July 2002 as the port operating company when it took over the port activities of Marsden Maritime Holdings at both Marsden Point and Port Whangarei. With the closure of Port Whangarei to commercial shipping, all cargo operations were transferred to Marsden Point.

In April 2003, Northport formed a joint venture, North Tugz, with Ports of Auckland to provide Pilotage and Tug services for ships arriving at Marsden Point at Northport’s berths and the New Zealand Refining Company jetties.

Northland’s forestry industry was slowly increasing in production and it was the catalyst for the building of the new port. For economic reasons the port had to be available at a time when cargo volumes would provide income to make the project viable. Hydrographic data and environmental information was collected in preparation for Resource Management consents, which were applied for in 1995.

In April 2007 all cargo operations were transferred to Marsden Point, which meant the closure of Port Whangarei to commercial shipping. The new berth was completed in October 2007 when it became available for cargo operations. The construction of the fourth berth to the east will not take place until cargo volumes make it viable. 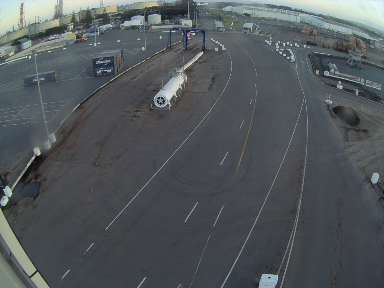